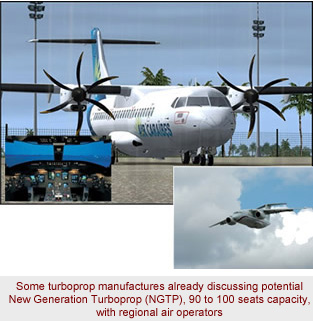 Regional airline business development in recent years has quite frequently become topics of discussion, particularly in Indonesia where many of the air operator found that it is a promising business but mostly ended up with difficulties. Re-collecting from several references and data base owned by CSE Aviation, the materials obtained are reviewed and presented in this brief market study.

Regional airline operators provide flight services between small cities within a country and also to small cities in the neighboring countries where it should also have a strong relationship with one of the region’s major airlines as a complement for the base network. However, there are also regional point to point services provided by the mainline carriers themselves that blur the distinction between regional and mainline aircraft.

The regional operations in Indonesia are diverse, they fly mix between turboprops and regional jets, and generally most of them serve niche markets where profitability can only be achieved through strong financial discipline. The keys success in the typical niche markets operation for regional airline business are the efficient connectivity, the right capacity and the right cost.

All statement contained in this Market Outlook are statements of opinion from CSE Aviation experts and are not to be taken as implying statements of representation of fact. Every effort has been made to ensure the correctness of the information contained in this Market Outlook, it can only reflect the position at the time of our assessment and its accuracy cannot be guaranteed. CSE Aviation and its employees bear no responsibility or liability for any inaccuracy.